Ryan Tullis was teased into literature by Sarah Douglass, taken on his first dates by Bradbury, fell in love with genre-pushing literature by Simon R. Green, and sealed into the deal by Yasunari Kawabata and Franz Kafka. His freshman year of high school he declared he would major in Creative Writing: Fiction and Literature; and, seven years later at the writing of this, his first novel, he has only solidified the decision even more. It should also be noted that Ryan Tullis is a strong Christian believing creativity itself almost incapable of sin. He lives in Orlando, Florida with his fiancée Amanda Lytle.

Heart-break and redemption, passion and misdirection, apathy and realization.

In the failing economy of former car manufacturing city Dayton, Ohio, Jack Dawson, a revered painter, sets off on an artistic, cunning, and murderous rampage to save the city and world from its greatest enemy: apathy. The dispassionate and life-apathetic Detective Lubowski calculates after him. Shadows of literary greats shift nervously in every breath during the struggle. In the wake of death and chaos, the two geniuses race to mankind’s conscious desire to figure itself out, and its subconscious plea to remain unsolvable.

Layered over three-fold, Taralisu is a book simultaneously thrilling, philosophical, and a bitter-sweet elegy to the writers of history. It is heart-break and redemption, passion and misdirection, apathy and realization. It is Taralisu. 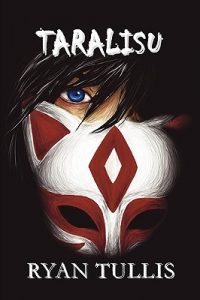